The Furies is a ferocious story that roars through themes of family violence, sexual assault, and above all suffocating, maddening grief.

Set in rural Queensland, The Furies centres around Cyn, an abattoir worker whose younger sister Mallory was killed by their mother when Cyn was 15. After Mallory’s murder, Cyn is abandoned by her father. She is  determined to just get on with things alone.

Cyn’s emotional life is compartmentalised in ways that may feel staggering, but this psychologist wasn’t surprised by Cyn’s survival strategies. And that’s what makes this book feel so truthful. Many readers (psychologists and victim-survivors alike) will recognise the heart of Cyn’s experience.

Mandy Beaumont has a unique writing style which takes a hot minute to wrap your head around, but once you’re in, you are IN. Sentences leap sometimes half-formed from one to the next as Cyn struggles to process all that has thrown her world off its axis. The voices of the titular furies might trick you into thinking Cyn has lost her sanity, “just like her mother”, but don’t be fooled.

The Furies is not a revenge fantasy. It leads YOU to fantasise about revenge, but doesn’t hand it to you on a silver platter. Instead, The Furies calls upon you to join a revolution of women and men who will no longer tolerate violence of any form against women and children. It is a creatively articulated rallying cry. A cry we’ve seen Grace Tame recently pilloried for in some quarters. This is the world we live in. The fight we still fight.

The Furies is beautifully woven around topics of such intensity that it will leave you breathless. But not voiceless!

Affiliate Notice: “My website has affiliate links with retailers such as Booktopia which means I
may receive a commission for a sale that I refer, at no extra cost to you.”

Price Notice: Price accurate at time of writing. Price may vary on Booktopia. 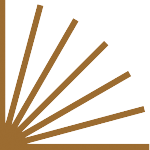 Cynthia was just about to turn sixteen when the unthinkable happened. Her mother was taken away by the police, and her father left without a word three months later. After that night, Cynthia began to walk in slow circles outside the family home looking for traces of her sister Mallory – she’s sure that she must be somewhere else now, wherever that is.

Cynthia knows that she doesn’t belong here. Her mother never belonged here either. This is the place of violence. Despair. The long dry. Blood caked under the nails. Desperate men. Long silences. The place where mothers go mad in locked bedrooms, where women like Cynthia imagine better futures.

As a threatening wind begins to dry-whirl around her, seldom seen black clouds form above, roll over the golden-brown land – is that Mallory she can hear in the growling mass? In the harsh drought-stricken landscape of outback Queensland a woman can be lost in so many ways. The question is, will Cynthia be one of them? 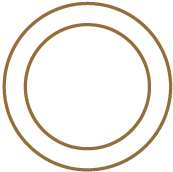